Wireless Traveler had the pleasure of attending the recent CES 2017 show in Las Vegas. CES, celebrating its 50th anniversary this year, is considered the global showcase for consumer technology and the launch pad for next-generation innovations.

The first CES event was held in New York City in the summer of 1967. At that event, the 117 exhibitors showcased the “latest” technology, like transistor radios, stereos and black and white televisions.

Fast-forward to this year, when more than 3,800 exhibitors showcased the latest in technology and next-gen innovations across a whopping 2.6 million net square feet of exhibit space.

A Few of Our Favorite Products

While virtual reality, robotics, and self-driving vehicles were some of the most popular and talked-about exhibits at the show, we also took a look at products aimed at boosting our productivity and enhancing our business.

There were a lot of curved all-in-ones at the show, but HP’s 34-inch version offers some notable extras in addition to its elegant curved screen: Bang & Olufsen speakers that are built into the dock, wireless charging for your phone and a pop-up webcam that can be hidden away when not in use.

We were intrigued with Razer’s concept three-display 17-inch laptop. Codenamed Project Valerie, it features two additional 17-inch monitors that slide out of the side of the main screen. All told, the laptop weighs only 12 pounds and is 1.5” thick. If you are a multi-tasker (or hardcore gamer), this laptop might be perfect for you.

One of the most popular items at CES 2017 was the LG SIGNATURE OLED TV W. Another CES 2017 Innovation Award Honoree, this active HDR Smart TV with 4K resolution comes in either a 65-inch or 77-inch model. It features what is called a “wallpaper” design. Because it is so light and thin – less than one-tenth of an inch – it attaches directly to the wall. While we may dream of it for our home, we can also see the benefits of it in our company conference room. 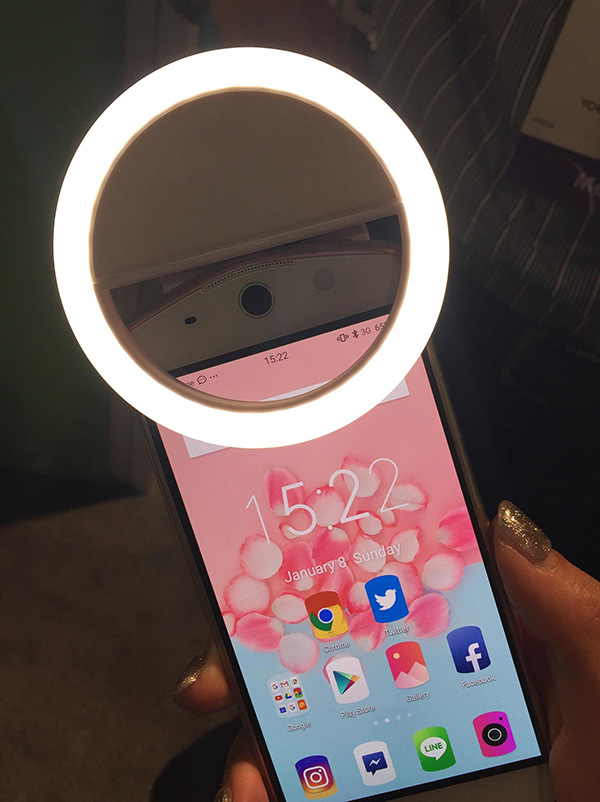 And last but not least, were the unique and useful wireless accessories, many of which we will be offering on our website in the next few weeks. A few items we particularly like are the waterproof speakers and earbuds, especially when cruising or out in the rain. The car adapter chargers with 4 USP ports are perfect for multigenerational road trips in Europe.

For all our photo enthusiasts, the photo light ring clamp helps you take great pictures at night without needing a flash. And finally, the plug-in Wi-Fi signal enhancer to boost Wi-Fi comes in handy when you are using the Wireless Traveler Wi-Fi Calling App for low cost calling wherever you are.